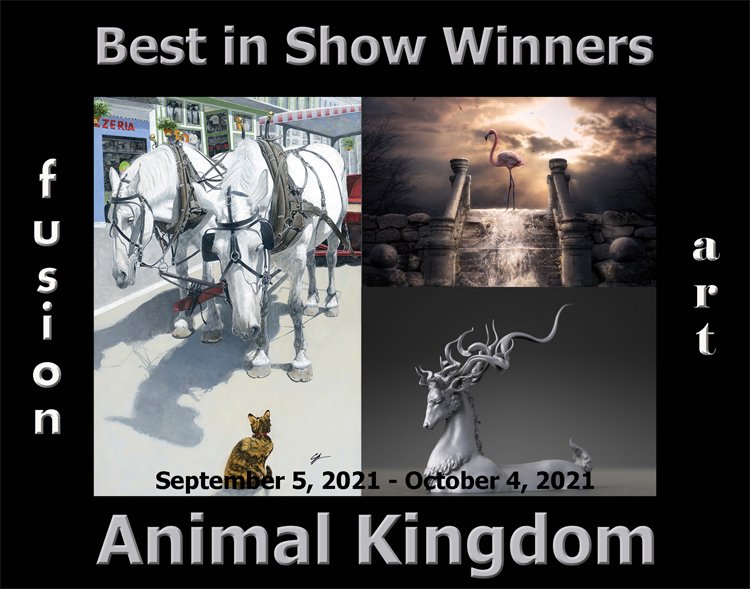 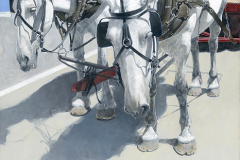 Following in the footsteps of such childhood hero’s as Howard Pyle, N.C. Wyeth and Norman Rockwell, Durwood Coffey learned the art of illustration and practiced this visual skill for over 30 years in the corporate world. His clients came from across the country representing such firms as Detroit Edison, Anheuser-Busch, General Motors, SeaWorld, Capital Cities and Marvel Comics. It was in this commercial visual training ground where projects ranging from spot illustration in periodicals to the creation of major series of paintings for corporate boardrooms were made. This business environment is where Durwood kept his artistic vision and skills honed for a day in which he could unleash them upon the personal subjects of his choice.

In only a few short years after his birth in 1951, Durwood would pick up pencil and paper and begin to draw. Influenced by his artistic family, especially by his father and an older brother who were both enamored by the practice of drawing, Durwood found his natural attraction and enjoyment in the creation of images from the animal world.

Throughout his school years he found his true passion and always excelled in art classes. Immediately after high school graduation, Durwood enlisted in the United States Marine Corps where he had the job title of Combat Artist. After serving his term of duty, he attended college where he majored in Fine Art and Illustration.

Living and working under the urban Detroit smokestacks of the automotive capital of the world, where the practice and need for wildlife art is not highly in demand, Durwood found raising a family and being a provider to be a challenge for those with artistic talent. His success depended on his ability to produce artwork in a wide variety of subject matter, ranging from cars, trucks, architecture, cartoons, portraits and landscapes. Many of these works won him awards and recognition among his peers in the field of illustration.

In time, Durwood felt it was important to return to painting the subjects that he most enjoyed as a child, the images that never left his creative imagination. The world of the animal kingdom and its habitat soon came back to life on canvas and paper. With the freedom to explore the vast variety of wildlife subjects that exist in the world and reference them through his personal artistic expression, a collection of insects, fish and animals took form and await the eyes of the world for consummation.

Durwood can be reached via his email. 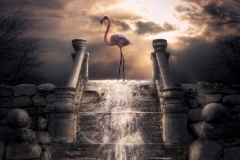 Artist Biography: Sara Victoria Sandberg is an internationally awarded photo composite artist based in Stockholm. Sara has always had a great love for the arts and has pursued the medium of watercolors for many years. Sara developed her skills in digital photo artistry through attending various courses and has developed a personal style in her work where she combines photography and digital painting with her artistic vision. She works with light and shadow to mold the scene she visualizes into a finished piece adopting a combination of photo-realism and painterly style.

Artist Statement: In my art, I wish to go beyond the boundaries of the real world and touch on the surreal and the juxtaposed. I am in search for the beauty and mystery inherent within and around us. I strive to create dreamlike realities with nature as my greatest inspiration. I would like the viewer to be carried away into another world and encouraged to create his or her own story or simply pause for a moment of contemplation. The world is a busy place, modern life styles have come to dominate. I hope for my art to provide a moment of respite and perhaps inspire to the thought “What if?”. Being an artist means for me bringing your artistic vision into your everyday life. It means harnessing the moments of inspiration and creativity but likewise trying to embrace all aspects of the process especially when it means adversity and hard work. 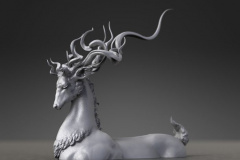 Xin Fang is a Chinese artist. He graduated from the Sculpture Department of Xi'an Academy of Fine Arts Sculptor of Shaanxi Provincial Sculpture Institute.

The direction of his work is the interpretation of traditional culture in the current era, thinking about the mutual positioning of the world and humanity based on the relationship between heaven, earth and people, and expressing the spiritual power of traditional Chinese culture in the context of contemporary people.

The theme of his recent creation is "War. Country". It borrows the first major social transformation stage since China's own civilization history, and depicts the pre-Qin style of the period when it was in the same ideological discussion with ancient Greece and Rome. It also takes the speculation, ethics, and values of the original Chinese ideas that are different from the West as the connotation of the work and shows the poetry and the distance under the power game in ancient China.

Xin can be reached via his email.