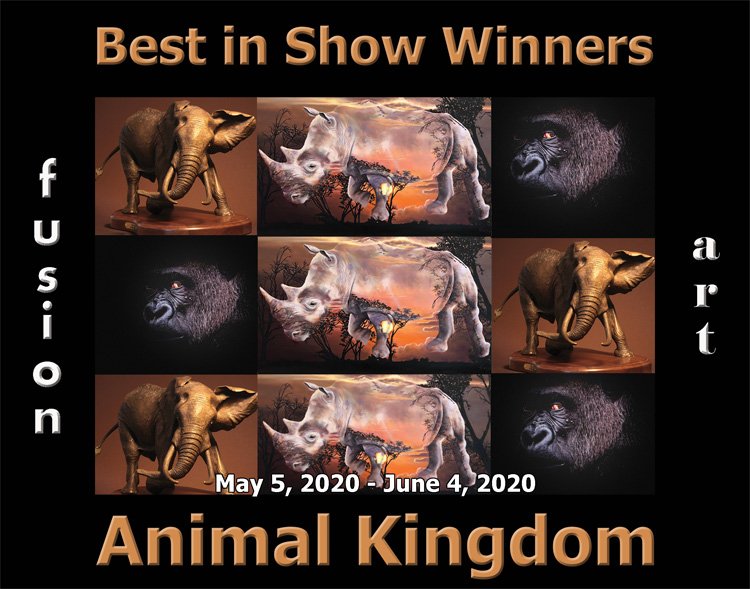 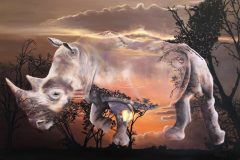 Anne Pentland received her bachelor’s degree in studio art from UC Davis in 1987, studying under such noted artists as Robert Arneson, Manuel Neri and Wayne Thiebaud. She taught art at Calistoga Elementary School for 16 years and is currently Assistant Director and Resident Artist at Nimbus Arts in St Helena, where she creates classes for children and adults in the community. Though primarily an oil painter, she also sculpts with clay, and makes mosaics, both 2D and 3D. Her work has graced restaurants, wineries, and a book cover published in 2018.

In her recent works, she has included a figure representing the Madonna with threatened and endangered wildlife. The Madonna is a symbol of protection and intercession, mediating between heaven and earth. In this way Anne may express her deep concern for the preservation of animal species.

Anne is alarmed by the degradation of the natural world, which increases in relation to human population growth. These catastrophic events we now experience (hurricanes in the south, fires in the west) were all predicted decades ago, corresponding to human activities. Having escaped the largest wildfire of 2017 (The Tubbs Fire), she continues to include burned wood from her property as subject matter.

Currently Anne is painting Australian wildlife in fire-ravaged landscapes, reflecting the devastating 2019 fires on that continent. Those who cherish the natural world cannot help feeling concern for wildlife and wild places.

Anne paints these images to illuminate her passion for the creatures that share our world. She hopes this work serves to remind us that we are responsible for protecting wildlife populations- and for losing them. 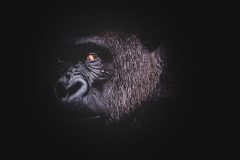 Mal is an emerging professional photographer based on the Sunshine Coast in Queensland, Australia. He is a communications and public relations professional and has a passion for storytelling – whether that is through words or images.

Mal applies this storytelling approach through his photography. He specialises in landscape, adventure, event and action photography, and donates his time generously through volunteering his photography skills to pet rescue and community organisations.

Mal is a traveller, adventurer and hiker, a combination that fits perfectly with his pursuit of capturing landscape, wildlife and action images. When asked about his approach to photography, Mal replied: “I take a minimal approach to my work and don’t get caught up in chasing the popular social media images or get stuck in the mumbo jumbo of photography jargon. I let my camera do the heavy lifting – I’m just transporting it to the right location.”

Mal’s images have been featured by ABC Australia and in local newspapers. 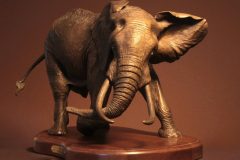 Douglas Aja has been sculpting African wildlife since the late 1990s. Since that time he donates a portion of the sales proceeds to various conservation organizations as well as donates sculptures for fund raising events.

Though he sculpts a variety of species, he specializes in the African elephant. Many elephants are known individuals from Amboseli National Park in Kenya. He has been a longtime supporter of Amboseli Trust for Elephants (ATE), ElephantVoices and The David Sheldrick Wildlife Trust (DSWT). Recently he has begun supporting Action for Cheetahs in Kenya (ACK) and Laikipia Wildlife Forum (LWF).

Traveling to Africa for the first time in 1978, Doug took part in a wilderness education program with the National Outdoor Leadership School (NOLS). There he studied wilderness and mountaineering skills, outdoor leadership, minimum impact camping and Kenya's culture.

He continues to visit East Africa regularly to take photos, gather reference material and to further his knowledge and understanding of his subjects. He often backpacks on Mount Kenya, through Maasailand and has climbed Kilimanjaro.