3rd Into the Wild Best in Show Winners

Below are the Best in Show winners of the 3rd Into the Wild Art Exhibition. 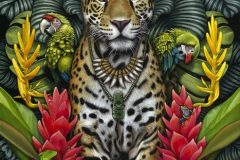 Nathan Miller’s journey in art began as a child. He enjoyed drawing animals, people, dragons and dinosaurs. The future Tampa Bay artist was always known as the artist in the classroom. At the age of 15, he moved to Jerusalem, Israel, because of his father’s work. During his high school years, Nathan traveled to Kenya and Uganda, which would influence his art for years to come.

Midway through his senior year, Nathan returned to the U.S., where his family settled in Gainesville, Florida. After finishing his final semester at Buchholz High School, he enrolled at the University of Florida where he received a Bachelor of Fine Arts in Graphic Design. After graduating, he accepted a Web Design position in Houston, Texas. Nathan Miller enjoyed life as a young professional in a large city with many other young professionals. But, after five years, he was ready for something new.

Nathan felt as though a part of him was being neglected. Although he was at home in the city and enjoyed his work environment, he knew he had to paint. Web Design was a job, but painting was a passion. And because he enjoyed surfing and exploring the outdoors, Costa Rica called him. Nathan sold his belongings, stocked up on art supplies, and began the next chapter in his life.

For the next five years, Nathan dove into his art from the small town of Nosara, Costa Rica. He left web design and did everything he could to learn, grow, and evolve as an artist. The lifestyle was more laid back. It was exactly what he needed to focus on his work. It wasn’t long before Nathan became known throughout Costa Rica. He won first place in a national art contest and then became one of the most prominent artists featured at the Hidden Garden Gallery in Liberia, Costa Rica. He built a business specializing in giclée prints on stretched canvas, and eventually spent most of his time focused on commissioned paintings of wildlife and portraiture.

To be immersed in a culture of art and to take his work to the next level, Nathan chose to return to the United States, where he created a home studio in St. Petersburg, Florida, a city known for its vibrant art scene. Since his move back to the US, Nathan has won a number of awards at art festivals and has been published in the Tampa Bay Magazine, Beautiful Bizarre Magazine, and the American Art Collector Magazine.

Today, Nathan resides in Tampa, Florida, where he is working on a new series that combines wildlife with elements of human culture. The purpose of his work is to find creative ways to connect humanity with the natural world. 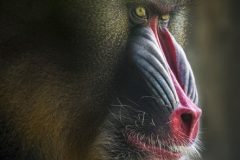 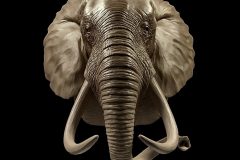 Biography: Peter Thomas is a multi-medium fine artist who was born in Manhattan and currently resides and works in Greenpoint, Brooklyn. In 2013, he graduated from Savannah College of Art and Design with a double major in Illustration and Graphic Design.

Since an early age, Peter has been excited and obsessed about creating visuals, no matter the medium. From film and photography to stone and bronze sculptures, he makes sure every detail is accounted for and the end product will make people stop, look and think differently.

He started his career wearing many different hats, such as a freelance painter/illustrator, a photography assistant, corporate creative designer, and a stone sculptor’s assistant with trips all over Italy to sculpt and set up large shows. Peter found himself working alongside some renowned photographers such as Annie Leibowitz and Hiro with a client base that consisted of Vogue, Harper's Bazaar, Tiffany and Co, Samsung and many more. After trying on all of these hats, Peter found what checked all the boxes. Over the past year he has focused on sculpture and is finding more success and fulfillment with this medium. In this short time, he has had fortunate showings of his wildlife sculptures with Van Der Plas Gallery in the Lower East Side of Manhattan.

Artist Statement: Nature, wildlife and my surrounding environment have always impacted my work and are now my main sources of inspiration. My current work not only shows wildlife's natural beauty but also my personal observations and interpretations of the surrounding world. My sculptures are representational with a small twist. The process starts at closely examining the bone and muscle structure of the figure through any visual form, whether its photographs, videos, or my own personal travels. I tend to emphasize the details that I find most intriguing - not it is anatomical accurateness. I make my own armatures from wood, pipe and different thicknesses of wire. The sculptures are then built out with oil-based clay by hand and traditional clay sculpting tools. On request, I will make molds to cast them in bronze and collaborate with local foundries.